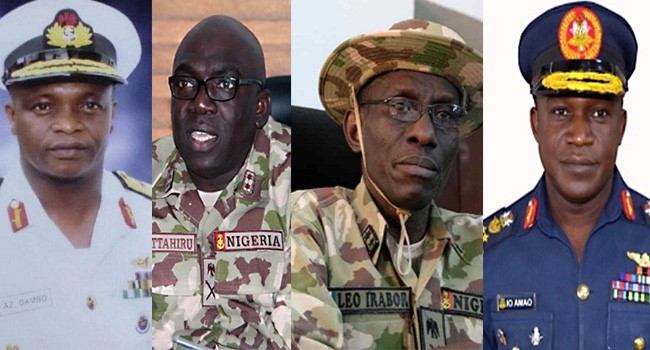 The new Chief of Defense Staff, Major General Leo Irabor and others arrived at Headquarters of Air Task Force and moved straight to the military control and command centre of Operation Lafiya Dole in Maiduguri.

The service chief are currently in a closed-door meeting with all the components commanders at Headquarters of Threatre Command in Maimalari Cantonment.

They expected also to visit Maiduguri Government House as well as Shehu of Borno’s Palace.

The visit would focus on lasting solution to the 11 years old Boko Haram conflicts which has displaced more than 2 million people and crippled the economy of the region.