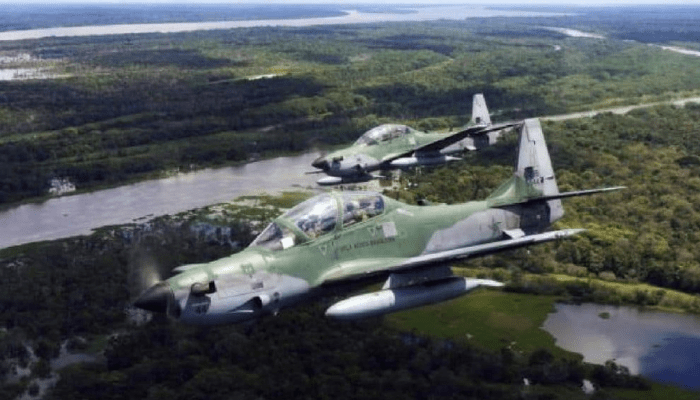 The Nigerian Military says it’s Air Task Force of Operation Lafiya Dole has destroyed some Boko Haram Terrorists’ (BHTS’) vehicles and eliminated several of their fighters along the Jakana axis of Borno State.

According to a statement issued by the Coordinator, Defence Media Operations (DMO), John Enenche, a Major General, in Abuja, the operation was achieved through air strikes executed after intelligence reports.

Enenche said the intelligence reports revealed that the BHTS were conducting another logistics movement through the Jakana-mainok axis of the State.

“A Nigerian Air Force (NAF) Intelligence, Surveillance and Reconnaissance (ISR) aircraft dispatched to the area subsequently spotted the BHTS’ vehicles at a location South of Jakana.

“Accordingly, the Air Task Force scrambled NAF helicopter gunships to engage the convoy in successive waves of attack, delivering accurate hits in the target area which resulted in the destruction of 2 BHT vehicles.

“Several of the terrorists were also eliminated while one of the logistics vehicles was seen overturned” the Coordinator said.

Enenche assured that the Armed Forces of Nigeria will not relent until all enemies of the nation are neutralised and normalcy is restored to all troubled zones of the country.