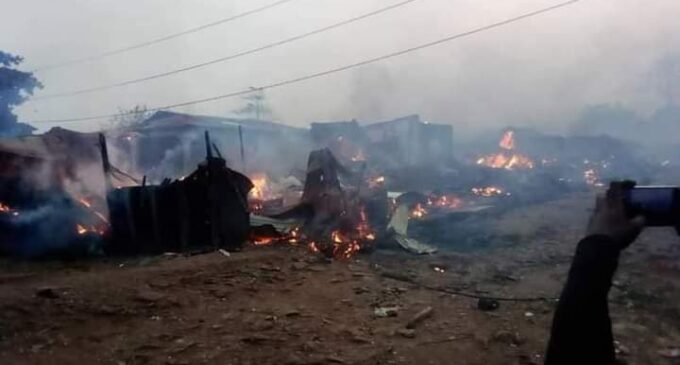 Several people lost their lives over the weekend after a crash triggered by the fatal stabbing of a cobbler by a cart pusher in Sasha market, Ibadan, Oyo State, degenerated into an ethnic conflict.

Reports say the two men had a misunderstanding on Thursday and in the process, the cart pusher, said to be a Hausa man, stabbed the cobbler, said to be a Yoruba man, with a knife.

The stabbed victim which was confirmed dead in a hospital on Friday morning led to the crisis in the Community.

Amnesty International, therefore, called for an urgent investigation into the circumstances that led to the attacks, saying that perpetrators should be brought to book.

“Amnesty International condemns the attacks on northerners residing and doing business at the #Sasa area of Akinyele Local Government, #Oyo state. The attacks which led to the loss of lives and properties must be investigated and perpetrators brought to justice. #ProtectAllLives”, Amnesty said.